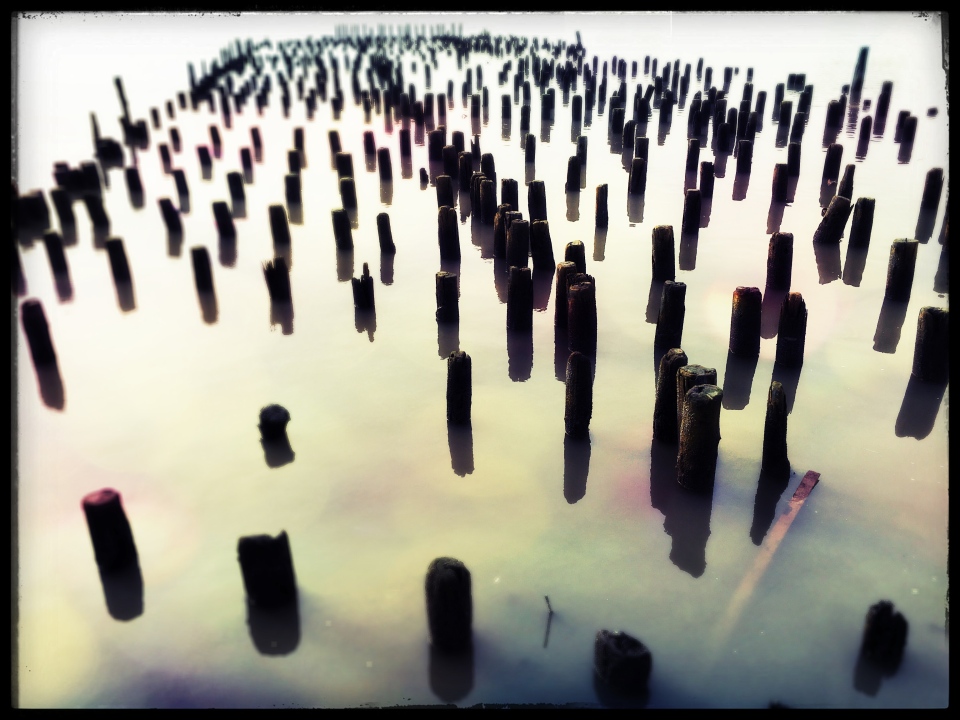 State of Mind
Returning from the heavenly summer suspension of real life in New Zealand and landing hard back at work and in a polar vortex left me stunned, and I looked to my camera roll to tell me how, or what, I was feeling.

To my surprise, I found that apparently I wasn’t feeling anything  bexcuse I wasn’t shooting anything. I was in a sort of shock I suppose. Eventually I took this picture of the Hudson at a low ebb. In contrast to NZ’s spectacular strong and silent outdoors and not quite ready to face the cacophony of the City head-on, I was drawn the minimal soothing randomness of these old pilings.

In response to the Weekly Photo Challenge

12 thoughts on “State of Mind”